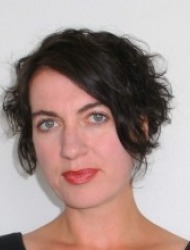 Dr.
Karin
Stögner
Former Institutslektor at the Center for Austrian Studies
Lecturer, Department of Sociology, University of Innsbruck
Lecturer, Department of Gender Studies, University of Vienna
Room 6224 (Faculty of Humanities Building)
+972-2-5880383
Karin Stoegner received her PhD from the University of Vienna with a thesis on the interrelation between antisemitism and sexism. She currently teaches social theory and on topics related to gender, antisemitism and nationalism at the Departments of Sociology and Gender Studies of the University of Vienna. Since 2002 she has been researcher at the Institute of Conflict Research (Vienna) where she carried out a variety of research projects on National Socialism, the Holocaust and its aftermath, on antisemitism, sexism and nationalism as well as on religion, society, and gender. During 2009 to 2011 she was Marie Curie Fellow at the Nationalism Studies Program of Central European University (Budapest); during 2013 and 2014 she held an excellence grant at the Lancaster University (UK) and at Georgetown University (Washington DC). Karin is board member of the Research network on Ethnic Relations, Racism and Antisemitism within the European Sociological Association.
cv_karin_stoegner.pdf