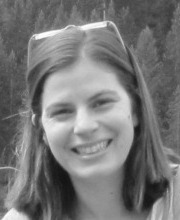 Orna Keren-Carmel is a historian for modern Scandinavia; she received her MA in European Studies from Aarhus University (DK), and her PhD, titled "The Rescue of Danish Jewry in Israeli Historiography and Culture of Memory (1943-2013)", from Tel Aviv University. Her research interests are Scandinavian Welfare in the 20th century, the Second World War in the Scandinavian countries, the 'Nordic Model' and Israeli-Scandinavian relations along the years.