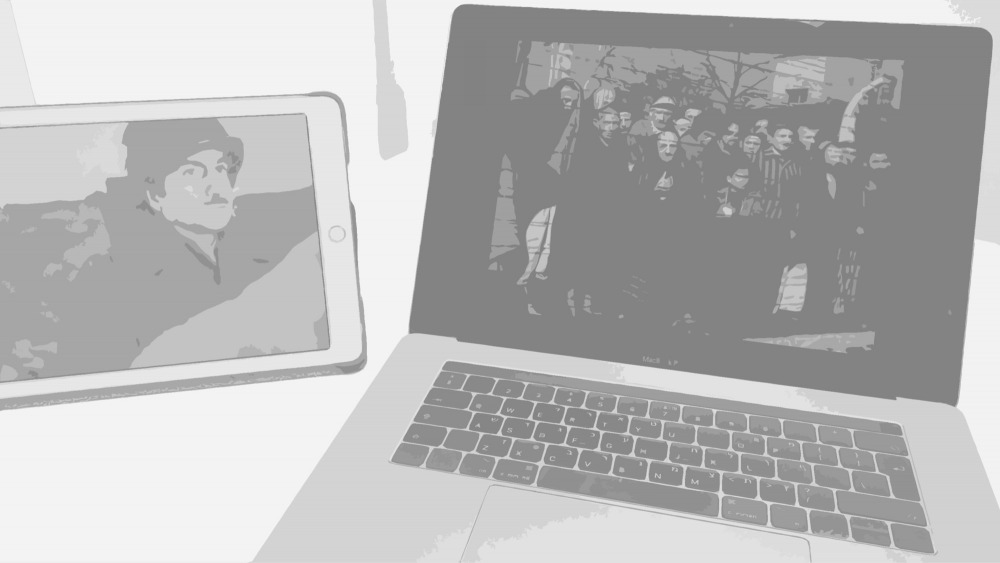 The international research project Visual History of the Holocaust – Rethinking Curation in the Digital Age utilizes digital technologies to analyze and re-interpret filmic representations of the Holocaust.

How do we digitally curate filmic records that bear witness to the darkest chapter in recent European history? This question is in the center of a new research project funded by the European Union and partly residing at the Hebrew University of Jerusalem.

The Holocaust has been a central reference point for European history and a ‘negative founding myth’ of European integration. Nowadays, digital technologies and the Internet have profoundly transformed the concepts of history and visual evidence. Thus, the question of its representation becomes more pertinent.

The Hebrew University is part of a consortium consisting of 12 Austrian, German, Israeli and French research institutions, museums, memorial sites, and technology developers that together with American and German partners develops models and applications to respond to this challenge. The project Visual History of the Holocaust: Rethinking Curation in the Digital Age was awarded €5 million in funding through the European Union‘s Horizon 2020 program. It was ranked first in a competitive field of 37 proposals. It commenced in January 2019 and runs for four years. The joint efforts of the international consortium are coordinated by the Ludwig Boltzmann Institute for Digital History (Vienna), in close collaboration with the Austrian Film Museum (Vienna).

Visual History of the Holocaust: Rethinking Curation in the Digital Age explores the potentials as well as the limitations of digital technologies in the ongoing effort to preserve, analyze and communicate historical evidence of the Holocaust, and in particular audiovisual records. The project focuses on film footage produced by Allied forces and relating to the discovery of Nazi concentration camps and other atrocity sites. Although these films only capture a certain aspect of the Holocaust, some of their images have become canonical. Due to the scarcity of visual records, a few images have significantly shaped collective visual memory of the Holocaust. These images extensively migrated into popular culture, in most cases appropriated in decontextualized ways.

In the course of the project, the historical films, which currently are dispersed across archival institutions in the US, Great Britain, Russia, and other former Soviet Republics, will be aggregated, digitized, analyzed and annotated. However, the aim of the project Visual History of the Holocaust is to not only to preserve the footage and develop new ways of analyzing and annotating these historical images in the digital age. Furthermore, we are looking for strategies to interrelate the footage with other sources and establish virtual environments that create a resonating space for the participatory and interactive curation of visual Holocaust memory. The resulting digital repository will allow users to dynamically link film images with photographs, text-based documents and oral histories, as well as with images from subsequent cinematic representations of the Holocaust.

The visual representation of the Holocaust has been a contested issue for artists, historians, educators and curators for decades. In an age of apparently endless possibilities to alter and manipulate digital images, questions of authenticity and appropriate use of technology become even more relevant. While Visual History of the Holocaust deals with specific films and historical events, it raises more general questions on what ‘digital curation’ entails.

On that account, the project will make groundbreaking use of existing and emerging technologies, including advanced digitization, automated analysis of images and text, time-based annotation and location-based services. The aim of the project is to establish new contexts of meaning to be explored in history, film and media studies, cultural studies and computer science. Based on this technology-enabled research, new communication strategies will be developed for memorials, museums, and educational institutions. Correspondingly, a number of memorial institutions support the project, three of them being part of the consortium: Dachau Concentration Camp Memorial Site, Mauthausen Memorial, and Bergen-Belsen Memorial.

The Jerusalem project team focuses especially on the migration and circulation of liberation footage in popular culture and develop new and innovative ways of digital curating and analyzing visual memory of the Holocaust as presented in films, online exhibitions and visual arts.